This is a multiplayer strategy game (2-4 players) that is inspired by games like Civ 5. The mechanics work quite differently if you've played that game but you will see the similarities. This was developed by one person and took a few months to make. I would like to thank Alex Shep ( https://opengameart.org/users/pixel32 ) for providing me with the tileset for this game, I think he did an amazing job. Thanks also to http://toppocketmedia.com/ for designing the logo.

HOW TO JOIN/HOST A GAME:

This game requires either a LAN connection or you can port forward your router to host this game on port . There are some bugs with multiplayer, mainly occasional desyncs with more than 2 people, but it should be stable enough to play. After a host has started the game THEY MUST NOT PRESS NEXT TURN. Turn 1 is officially the start of the game and players cannot join after that point.

Attack: Move onto an enemy unit or city

You start with a settler and a scout. The settler can settle a city (middle bottom box). You can enter the city to produce buildings and units that you research.  Every turn resources from the terrain are added to your stockpile. Connect two or more cities with roads to connect their stockpiles, so both cities have access to the same resources.

Workers improve tiles by making farms, trading posts or quarries. The latter can only be made on hills and the others only on flat ground. They all take 3 turns to build, you have to press the button each turn to progress it a stage.

It is advisable to settle on gold tiles to get a good start to the game, and have at least one city on science tiles for the middle game.

There are 2 ways to officially win: Get the last tech first or build the "Wonder". You can also eliminate players from the game by taking their cities but that does not by itself win you the game.

bang and the dirt is gone - free nuke in city

i grow my own vegetables - pop up in all cities

Run the .jar file to play

Awesome game, the maker of it is a legend 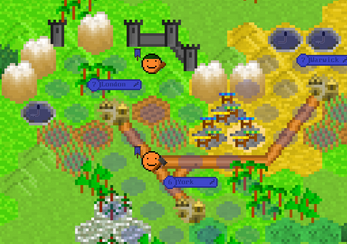 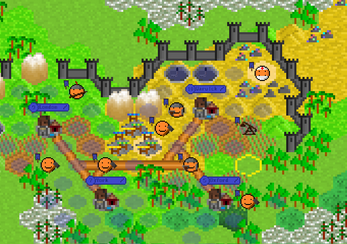 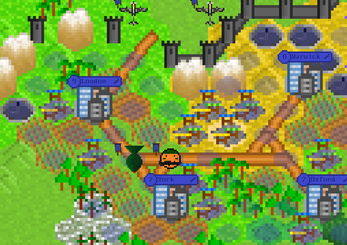 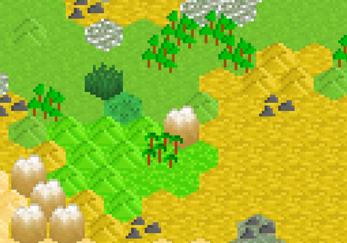